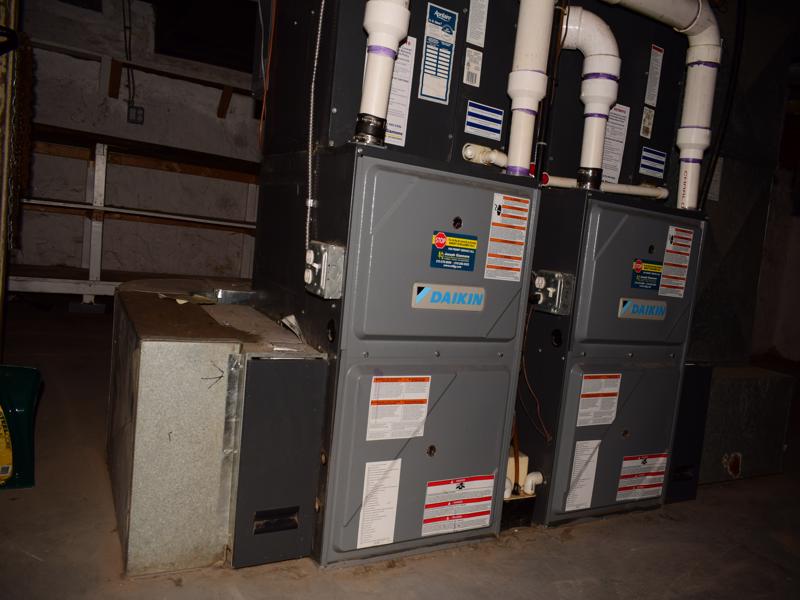 A Pair of Direct Vent Gas Furnaces and Central Air

The inspector was told that the Central A/C was brand new. Here we have a pair of Daikin direct vent units. They do look like they were recently installed. The house is about 100 years old, in the Powelton Village Section of Philadelphia, near Drexel University. This looks like a careful installation. The white pvc pipes coming out of the units are the combustion air intake, and the exhaust. Direct vent units are so efficient at removing heat from the combustion. The exhaust air is at a low enough temperature to use plastic pipes. Direct vent heating units generate condensation. The condensate pump is the small black box between the units. Another clue that this installation is high quality is the upgraded air filter and the whole house humidifier. The air filter is the bigger black box sitting to the left of the units, connected to the return air duct.

This installation would be even better if the units were set on a curb up from the floor level. This is true in any basement for any type of installed equipment. It is especially true in this case because this basement shows obvious signs of water entry.

In a forced air system the ductwork is the main part of the distribution system. In this case, although the main units were in excellent condition with a good install, many areas of the ductwork were is bad shape. 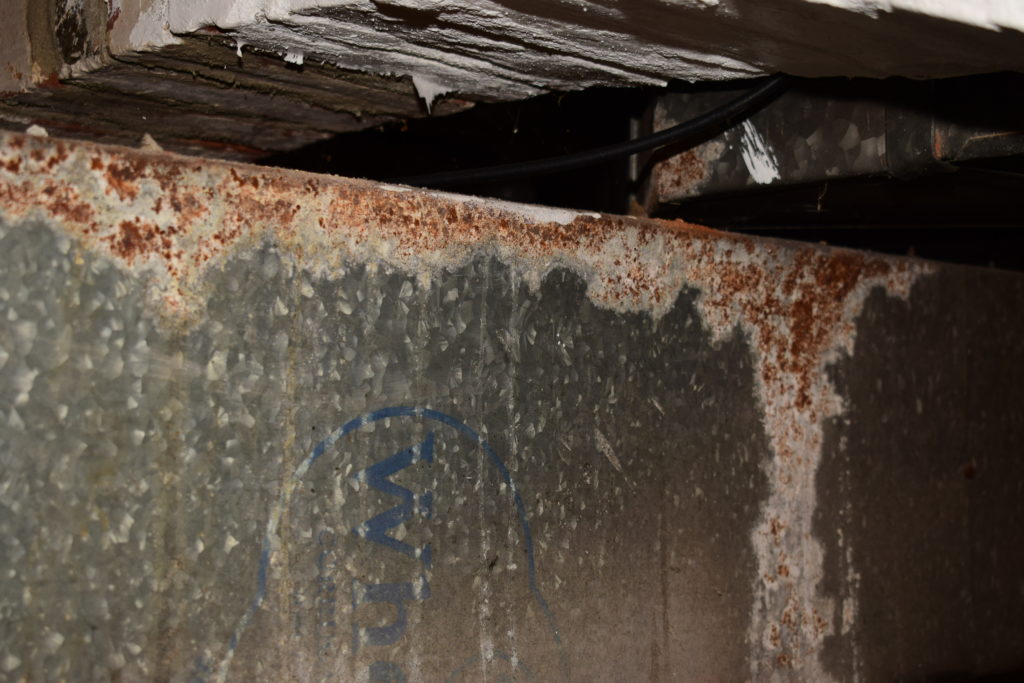 This is a section of ductwork running horizontally under the first floor. The corrosion is caused by condensation that occurs on the cold surface of the ductwork in the humid basement. Obviously, this ductwork has been in the house a lot longer than the main units. 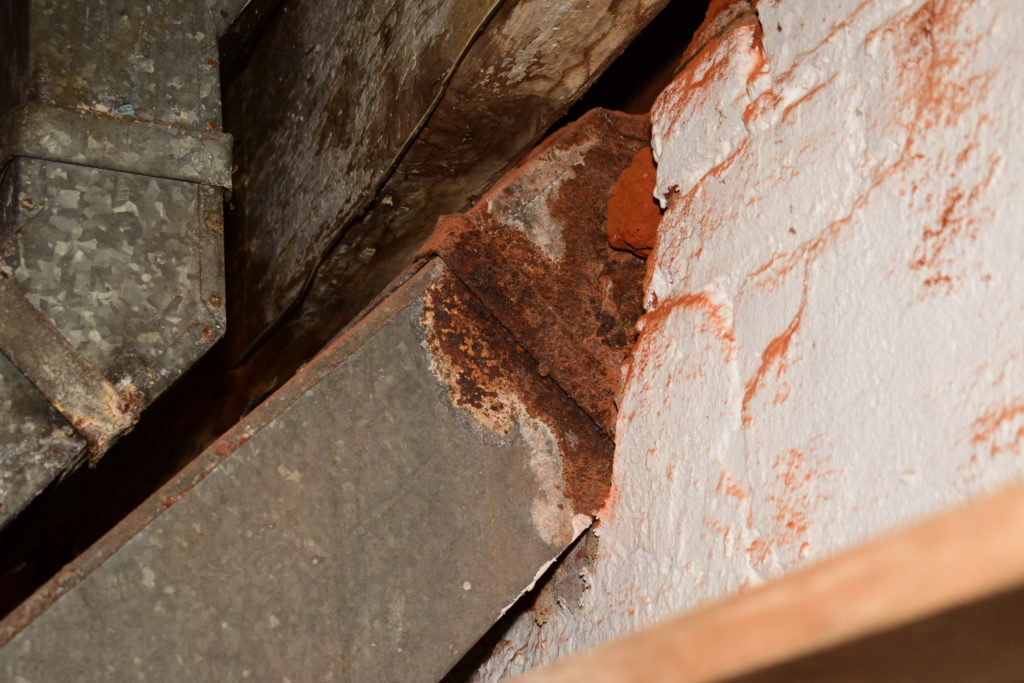 Here is a supply duct from the same system looking corroded to the point of failure. A screwdriver would likely go right into the duct. This ductwork is old, the basement is a damp one, and the house has been neglected overall. This house shows signs of moisture  damage throughout, not just in the basement.

The bottom line for this system inspection is that while the main units are new, the ductwork is in a poor state of repair.